DEDHAM—Northeast Championship Wrestling’s 2020 Season kicks off on Friday night March 13th for a huge weekend of pro wrestling action when NCW returns to the Jacob Jones VFW Post (84 Eastern Avenue) for the NCW 2020 Kickoff! Doors open at 7pm with a 7:30 bell time. All tickets are only $10 at the door with special online admission available at theNCW.com/tickets for only $8 a ticket!

NCW’s 2020 Kickoff will see the new NCW Heavyweight Champion “DELICIOUSLY VICIOUS” VERN VICALLO, who won the NCW Championship at the end of last Season against BRETT RYAN GOSSELIN at WrestleFest XV, defending his new NCW title for the first time in Dedham against BRG’s running mate and one of New England’s top prospects in “THE NATURAL” CHANNING THOMAS! “The Natural” picked up a surprising (but tainted) pin fall victory over Vicallo late last year upon Thomas’ return to NCW at NCW Saturday Night and with Gosselin unable to retain the Championship at WrestleFest it would appear Channing Thomas is here to pick up the pieces. 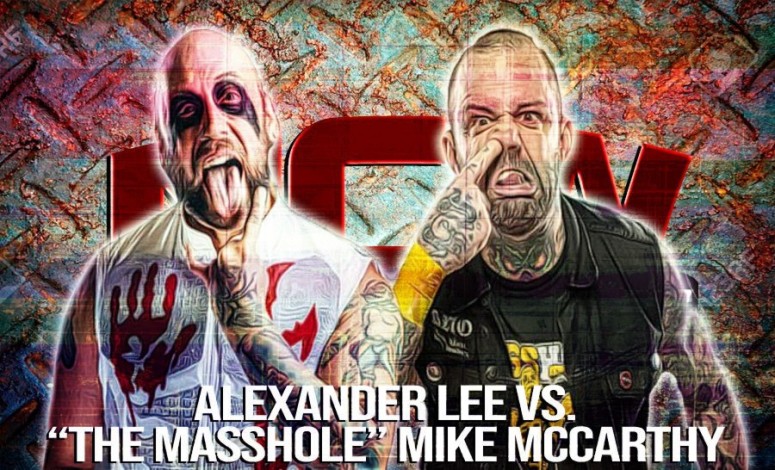 NCW’s only Triple Crown Winner (having held the NCW Heavyweight, New England, and Tag Team Championship) ALEXANDER LEE spent the better part of last Season protecting his legacy until he focused his carnage against “THE MASSHOLE” MIKE MCCARTHY when McCarthy inadvertently bloodied Lee at Ring of Thrones leading to Lee taking “The Masshole” out of WrestleFest and the New England Championship Match at NCW’s season finale. March 13th will see Mike McCarthy and Alexander Lee collide once more to settle this once and for all.

Manager extraordinaire KEVIN CASTRO pulled off the con of the century at WrestleFest when his camp of scoundrels led by “THE HEAVY HITTER” SHAY CASH (alongside his Uncle DAVEY CASH and former NCW Champion “SENSATIONAL” SCOTT LEVESQUE) helped Castro defeat THE LUMBERJAKE in their Grudge Match Challenge. Now 2-0 against the Yukon native, Kevin Castro is going to need to watch his back as Lumberjake seeks revenge on the whole goon squad in Dedham!

Plus, the new NCW New England Champion “INSANE” DICK LANE returns to Dedham with his first title defense since winning the title at WrestleFest alongside his pals TURTLES IN TIME when he defends the New England Title against former Heavyweight and New England Champion “THE ANGEL OF ANARCHY” TIM KILGORE! Plus, former NCW Heavyweight Champion OSIRUS returns following his shocking betrayal at WrestleFest to speak to the voice of NCW ATLEE GREENE regarding his heinous acts.

The Jacob Jones VFW Post is located at 84 Eastern Avenue in Dedham, Massachusetts directly behind Dedham’s local favorite the Tahiti Restaurant! NCW’s 2020 Kickoff weekend continues the next night Saturday March 14th in North Attleboro, MA for the Irish Pub Brawl! For more information on Northeast Championship Wrestling please visit us at theNCW.com, like us on Facebook at http://www.facebook.com/NCWwrestling, and follow us on Twitter @theNCWtweets.