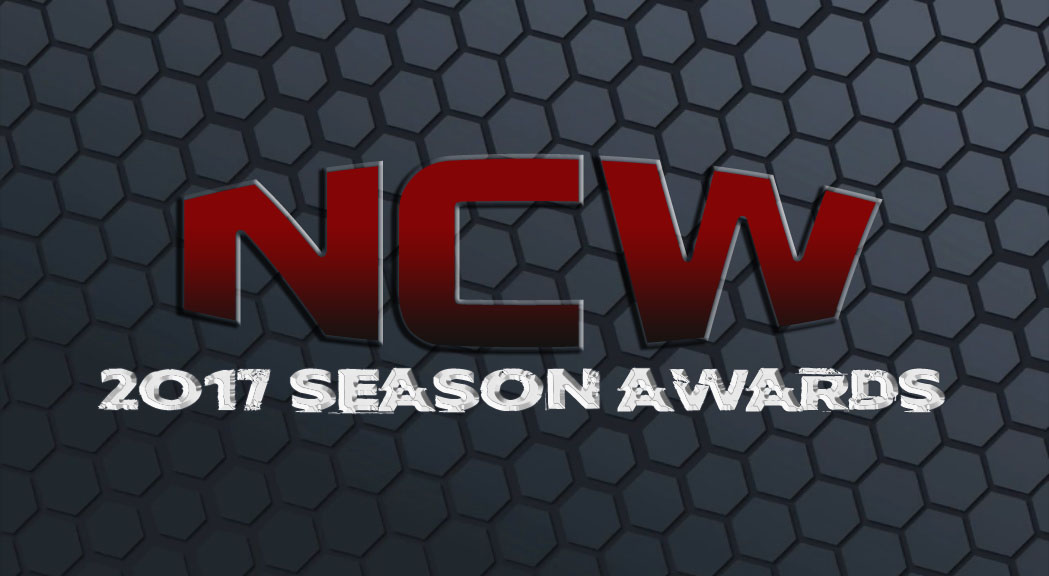 A huge thanks to everyone who supported Northeast Championship Wrestling in 2017, and a special thanks to all who took the time to vote in this year’s Season Awards. The 2017 Awards had some of the highest voter turnout in NCW history, and we wouldn’t be here without you. NCW 2018 kicks off Friday night March 2nd as we begin a new era in Dedham, MA, but before we get there… 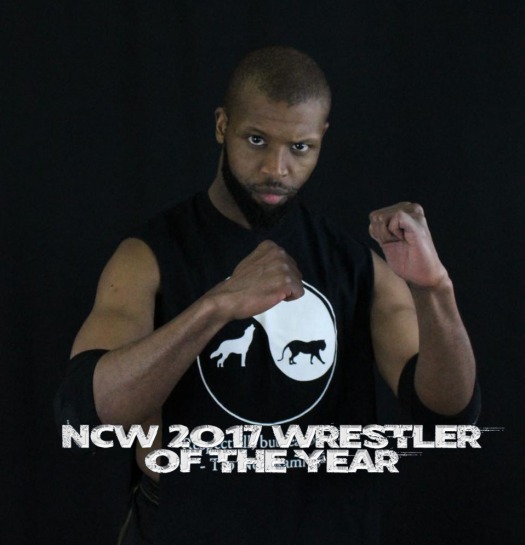 The last time Osirus won NCW Wrestler of the Year, he was still “Simply the Best” GA West and riding high after a tremendous 2012 Season. Five years later the man known as Osirus has worked hard to completely reinvent himself, having a stellar 2017 and having some of the best matches of his career.

Despite losing the NCW New England Championship at the end of 2016, Osirus continued to fight back in 2017, winning the NCW Ring of Thrones tournament and having a variety of great matches against “Royalty” Ruy Batello, Triplelicious, and “The Mind Eraser” Mike Graca. His rivalry with “Foxy” Calvin Campbell brought Osirus to another level, becoming the grizzled veteran against the cocky upstart. 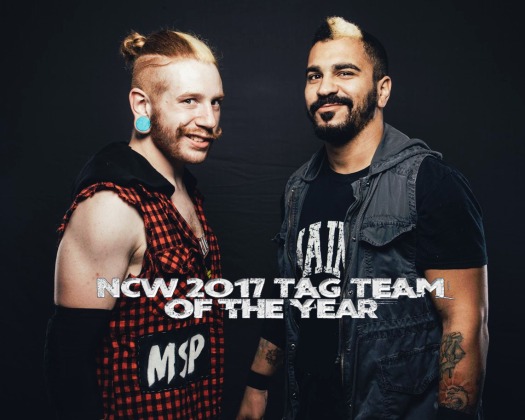 Winning with 23% of the vote, The Maine State Posse (Aggro & DangerKid) proved why they have become one of the hottest tag teams competing in New England today, dominating the competition and reigning as the NCW Tag Team Champions for the majority of 2017.

Despite a rough year for the former Tag Team Champions, “DTF” Dan Terry and Vern Vicallo recommitted themselves to one another at WrestleFest, winning 16% of the vote for CrossFit. The Heavy Hitters (Frank Champion & Shay Cash) and The Turtles in Time found themselves tied for 14%, rounding out the top voted teams in this year’s category. 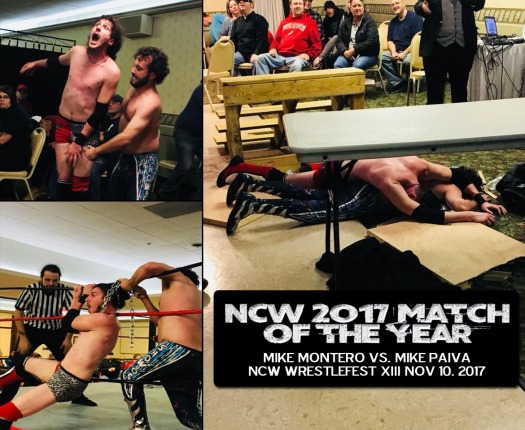 It was the first of its kind, and in the end “The Ace” Mike Montero and “The Showoff” Mike Paiva’s All Matches Are Legal brawl at NCW WrestleFest XIII took the 2017 Match of the Year award, winning with 17% of the vote.

WrestleFest seems to bring out the best in people, as “Foxy” Calvin Campbell vs. Osirus (16%) and “Sensational” Scott Levesque’s NCW Title defense against The Lumberjake (13%) both earned a sizable portion of the votes this year. Vern Vicallo and Kellan Thomas’ awesome Wrestler of the Year clash also ranked high, earning 14% of the vote.

NCW 2017 Breakout Star of the Year 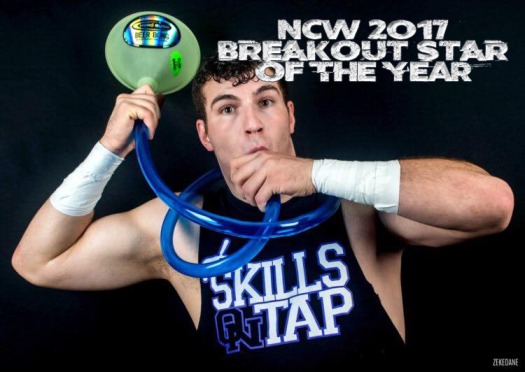 Who won the 2017 Breakout Star of the Year? Was it Timmy Thunder? Or was it Channing Thomas? Regardless, 42% of the vote went to “The Brofessional”, despite his unsuccessful attempts to join CrossFit in 2017.

Earning 24% of the vote was everyone’s favorite accountant/wrestler The Abominable CPA, deducting his way into the hearts of many during the 2017 Season. After a one off appearance in 2015, The Mack Attack returned to NCW this past Season, nearly winning the Tag Team Titles and adding themselves to the colorful cast of characters here in NCW. And with 9% of the vote was Lance Storm student and deceptively smooth dancer Kalvin Strange, bringing his variety of strange to NCW rings this past year. 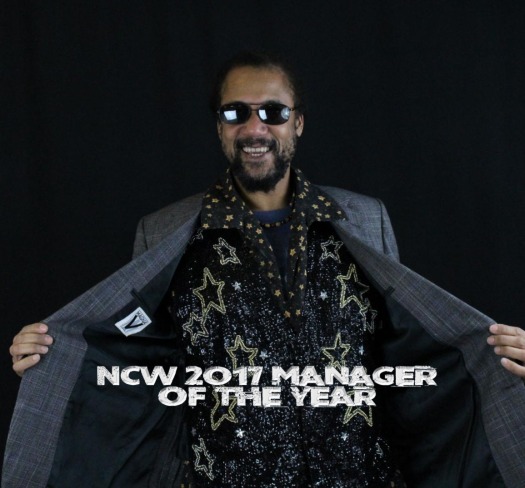 Winning for the 2nd year in a row for NCW Manager of the Year is none other than the mad doctor himself Doc Ozone, winning with 44% of the vote! Nipping right at Ozone’s heels is “High Class” Rich Bass, earning 28% of the vote.

With 20% of the vote is The Turtle in Time’s Delilah Hayden, while the squirrelly Dallas McCarthy somehow managed to scrap up 9% of the vote. 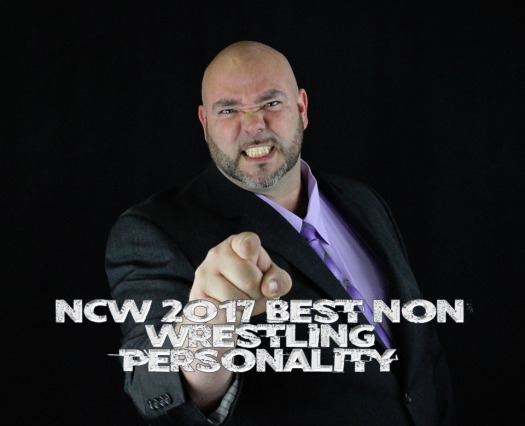 Leading Northeast Championship Wrestling and the NCW Defenders through the war against The Uprising over the last year, Dean “The Beast” Livsley won NCW’s Best Non Wrestling Personality for 2017, winning with 27% of the vote.

25% of the vote went to occasional NCW color commentator and Master of Wedding ceremonies Chad Epik, while NCW official Rob Greer earned 14%, tying with the voice of NCW Atlee Greene! 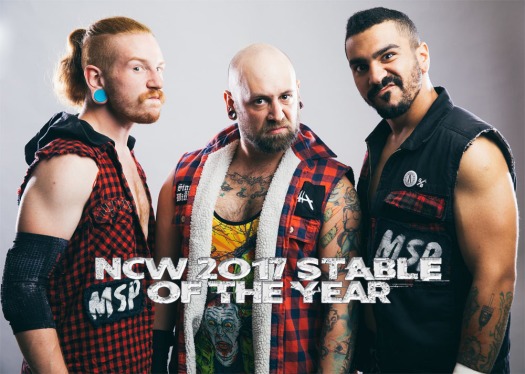 The legacy of The Maine State Posse goes back all the way to 2002 when “Mr. Muscles” Frankie Armadillo & “Big League” Brian Black began teaming in NCW, setting the stage for the best talent of Maine to compete under the MSP banner. In 2005 Alex Chamberlain and Scotty Vegas (Alexander Lee) made their NCW debuts, inheriting The Maine State Posse moniker and dominating the tag team division. When Lee brought the MSP back to NCW in 2016, bringing Aiden Aggro and DangerKid in to do his dirty work, no one could imagine the impact The Posse would have on the independent landscape.

Even with their roster changes over the last year, CrossFit was still able to procure 20% of the vote. In a bittersweet result The Turtles in Time earned 19% of the vote despite Steve Weiner’s betrayal at the end of the year. Finally the dominant High Class Cartel earned 11% of the vote, rounding out the top spots. 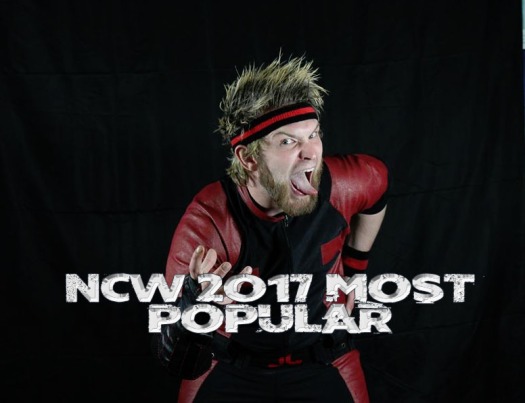 The Cinderella story for “Insane” Dick Lane has led “The Meta-Human Super-Villain” to become NCW’s 2017 Most Popular Wrestler, narrowly edging out Osirus, who earned 23% to Lane’s 24%.

Tying up at 11% each is The Lumberjake and “RIOT” Kellan Thomas, who had their own issues with one another during the 2017 Season. Thankfully, these two fan favorites have put their issues behind them heading into 2018. 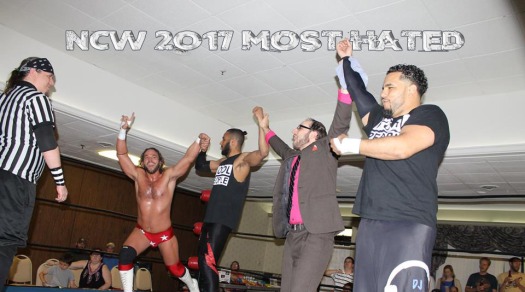 For the second year in a row “High Class” Rich Bass and The High Class Cartel (“Sensational” Scott Levesque, DJ AC, Sammy Deleon, and Mike Graca) won NCW’s Most Hated, dominating the voting in a year where NCW combated Rich Bass and Beau Douglas’ Uprising and felt the wrath of Bass and The Cartel. Out of all the loathsome contenders competing in NCW this year, The Cartel once again took the cake.

In a year where Kellan Thomas nearly had his neck broken by Scott Levesque, where Sean Feeney returned to Norwood and threw a FIREBALL in Danny Ramirez’s face, and in a year where perennial fan favorite Christian Casanova turned his back on the fans, it was Steve Weiner destroying Dick Lane and Delilah Hayden’s wedding that won an overwhelming 43% of the vote to win NCW’s 2017 Holy $#!T Moment of the Year. 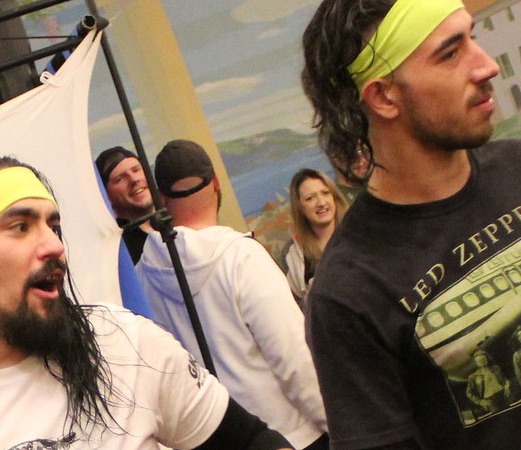