On Friday night September 25th Northeast Championship Wrestling enters the homestretch of its 2015 Season when NCW FALLOUT comes to the Norwood Lodge of Elks in Norwood, Massachusetts, and this reporter can’t wait to see what’s going to happen as the road to WrestleFest XI begins in earnest September 25th.

A little bit of backstory.

According to Cagematch.net the three time former NCW Heavyweight Champion “Ruthless” Ruy Batello holds the record for the longest Heavyweight Title reign winning his first NCW title on May 17th, 2002 and losing it on January 7th, 2006, holding the Championship for an astounding 1330 days. Unfortunately that tally is a bit muddied due to the fact that Northeast Championship Wrestling was on a hiatus for 730 of the 1330 days in 2003 and 2004, and when taking that sabbatical into account Batello’s legitimate reign is (still) an incredibly impressive 600 days as Champion.

At FALLOUT when Thomas comes face to face with the 2015 Big City Rumble winner The Lumberjake “RIOT” will not only become #2 but will also be days away from breaking Batello’s streak and becoming the longest reigning NCW Heavyweight Champion on October 1st, 2015 just six days later.

One Reply to “What a Scoop! September 25th a Record is Born!” 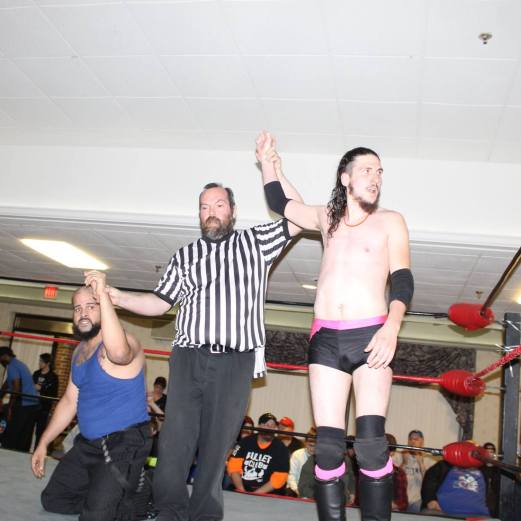