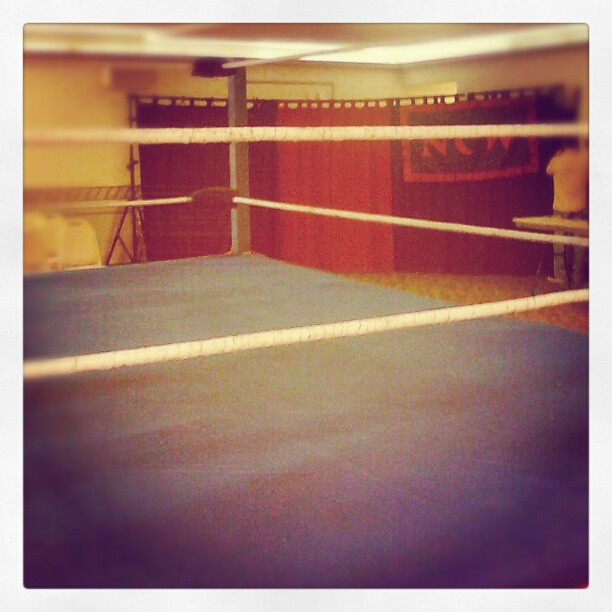 First and foremost however thanks to the matching gift offered by Bank of America NCW will be donating $300 to the One Fund Boston, benefiting victims of the Boston Marathon bombings. For that a HUGE thank you goes out to all who came out to Norwood for a great cause.

With detailed results are forthcoming it can be said that NCW now has a new boss in charge after Summers defeated Livsley in their Norwood Street Fight, picking up the tainted win when two unidentified individuals rushed the ring during the match, saving Summers and attacking the Commissioner. After a spear and a hard corner splash from the assailants, the bigger of the two unleashed an impressive powerslam on “The Beast”, allowing Summers to easily hit ‘beautiful disaster’ for the win. The NCW locker room then poured out to help their fallen friend, causing Summers and company to flee through the front door.

Though NCW Heavyweight Champion “The Juice” JT Dunn successfully defended his NCW title against Scotty “Won’t Die” Vegas last night in Norwood, Vegas came awfully close to winning the Heavyweight title, only being thwarted due to referee Redd Roche being knocked out during the match. Believing he is the rightful NCW Champion, Vegas was pleased to see a new boss put into power as he sought out a rematch with “The Juice” for June 21st in Norwood.

Kevin Perry found himself unable to retain the New England title at REUNION, as “Simply God’s Best” GA West and Doc Ozone screwed over both Perry and Doc’s alleged new client Too Shay to win the NE Championship in a grueling Triple Threat Match last night. Making everyone believe the two were on the outs, Ozone pulled off the rouse perfectly after “accidentally” walloping Shay with the title belt, allowing West to pick up the victory.