DEDHAM—On Friday night November 30th Northeast Championship Wrestling returns to Dedham, Massachusetts for the final event of the 2018 wrestling season when we invade the Jacob Jones VFW Post (84 Eastern Avenue) for NCW WrestleFest XIV! Doors open at 7pm with a 7:30pm bell time. All tickets are only $10 at the door the night of the event with discounted tickets available online at theNCW.com/tickets!

In the night’s Main Event the 2018 Big City Rumble winner Osirus finally steps into the ring after months of being out on the disabled list healing from a broken hand to challenge NCW Heavyweight Champion Todd Harris for the gold. Harris has improbably held onto the NCW Title since winning it in July, finding any way possible to retain the title against all odds. Since the match was made official Harris has talked up his status as The Upperclass of NCW, while Osirus has found himself in the position as the man of the people, tapping into energy of the fans to prepare for his title opportunity.

The NCW Tag Team Champions The Kool People (DJ AC & Sammy Deleon) have proven to be dominant champions this year, defending the titles against all comers and coming into their own as a team. WrestleFest will present the duo with their biggest challenge yet as they defend their titles against three of the top teams in NCW in The Middlesex Express (Steven Lust & Steven Broad), The Little Giants (Robbie “The Giant” Araujo & Bullet Grinvalsky), and CrossFit (“BGV” Vern Vicallo & “DTF” Dan Terry). Who will walk out the NCW Tag Team Champions when the dust clears is anyone’s guess.

While normally the Ox Baker Memorial Cup is a showcase for the younger talent to get an opportunity at any championship in NCW this year’s Cup will be an All-Star affair when the only condition to enter the match is to be a former Heavyweight Champion in NCW. With talent such as The Lumberjake, “Revolution” Chris Venom, “RIOT” Kellan Thomas and “Sensational” Scott Levesque the 2018 Cup will be the most high stakes Cup in NCW history. 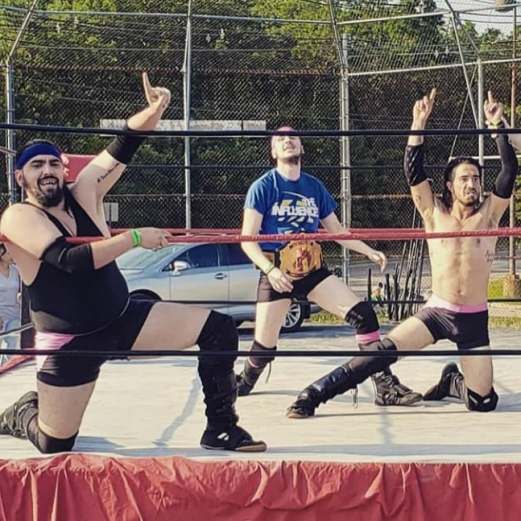