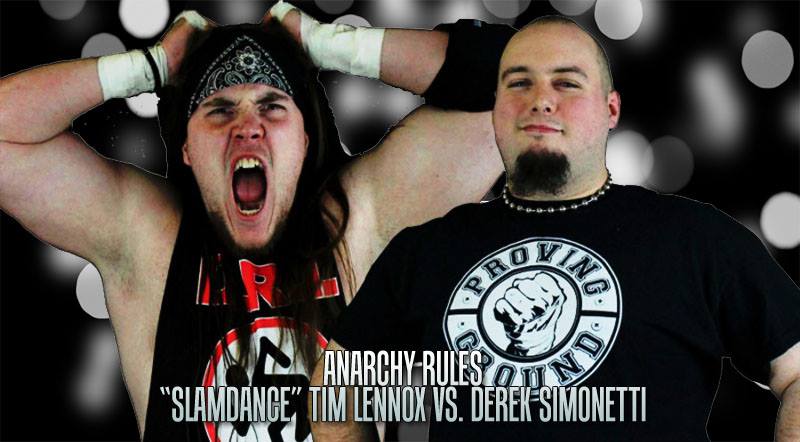 After months of literally spitting in the face NCW color commentator Derek Simonetti and disrespecting him, Simonetti fought back against The Underground Anarchy and NCW New England Champion Tim Lennox at NCW’s 20 Year REUNION, preventing the Anarchy from interfering in the New England Title match between Lennox and “The Dan Ram” Danny Ramirez.

Looking to settle things once and for all after months of back and forth, on June 16th President Dean “The Beast” Livsley has authorized Simonetti to step into the squared circle to go one on one with “Slamdance” Tim Lennox, with Simonetti’s only request being that the match fall under Anarchy Rules (Anything Goes).

Can the Agent of Change withstand the mosh pit of Lenox? Find out on Friday, June 16 when NCW presents AFTERMATH.

Doors open at 7pm with a 7:30pm bell time. Tickets are available online at theNCW.com/tickets and will also be on sale at the door the night of, only $10 for adults and $5 for all kids twelve and under.

One Reply to “Anarchy Rules June 16th in Dedham at NCW Aftermath!”