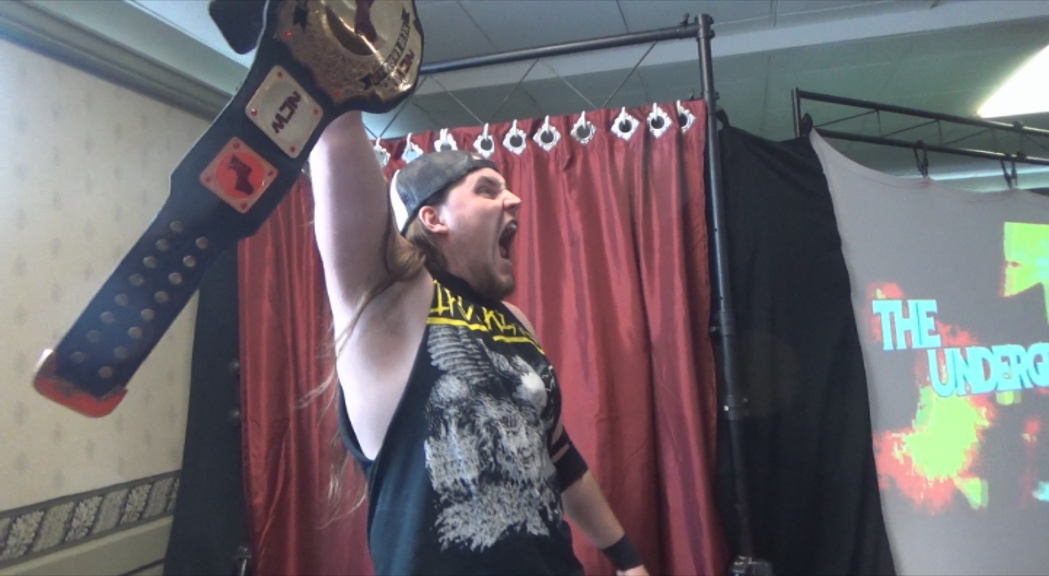 This past Friday night Northeast Championship Wrestling returned to the Norwood Lodge of Elks for NCW’s March Madness, headlined by the NCW Heavyweight Champion Lumberjake defending the NCW Championship against a member of The Underground Cartel.

– Christian Casanova defeated “Foxy” Calvin Campbell with a brutal scissors kick in the night’s opener, with Campbell giving his all against the former NCW New England Champion. 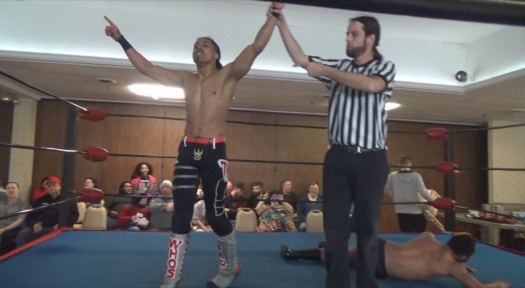 “The Fittest Man” Dan Terry came out to the ring before the next match, stating he had an epiphany while wrestling Lumberjake at COLLISION COURSE covered in layers of clothing. Terry finally understood what it felt like to be fat and out of shape, so he’s decided to rededicate his life to helping all the fans and wrestlers in NCW find their best selves.

– “DTF” Dan Terry defeated “The Native American” Tomahawk after throwing his specialty fitness powder into Tomahawk’s eyes while the ref’s back was turned.

– The Turtles in Time (“Insane” Dick Lane & Steve “The Turtle” Weiner) w/ Delilah Hayden & Curry Boy d. The Underground Anarchy (Ike the Bite & “Death Proof” Tim Davidson) w/ Dallas McCarthy in tag team action when Steve tapped out Ike, with Delilah finally having enough of McCarthy’s crap and brawling with him in the ring and knocking him out.

– “The Ace” Mike Montero and “The Original Showoff” Mike Paiva went to a time limit draw as both men jockeyed for position throughout the match. In the end Paiva was able to hit a ‘codebreaker’ on Montero, but Montero was ale to roll out of the ring. As Paiva went to toss Montero back in, the bell rang signaling the time limit draw.

Following the match Paiva attempted to show Montero a sign of respect, but Montero refused.

NCW New England Champion “Slamdance” Tim Lennox joined the commentary team for the #1 Contenders Match, but Atlee Greene did not want any part of things and left ringside. Lennox then continued to antagonize Derek Simonetti, once again spitting on the color commentator.

– “The Dan Ram” Danny Ramirez d. Osirus w/ Doc Ozone in the #1 Contenders Match to become the new #1 Contender for the NCW New England Championship. Both men knew each other so well heading into this match, and was able to anticipate one another at every turn. In the end Ramirez was able to pick up the victory, and the two friends embraced in the ring afterward.

As intermission was winding down Dean “The Beast” Livsley found himself confronted by Beau Douglas, as Livsley attempted to find out who would be challenging Lumberjake for the NCW Championship in the Main Event. Douglas promised that “The Beast” would find out soon enough, only to have TJ Richter show up in the ring, dressed to compete and demanding he be reinstated into NCW as a professional wrestler instead of a referee. Fed up with the BS Livsley actually agreed to reinstate him, putting Richter into the Ox Baker Qualifier.

Livsley then tried to head to the back, only to be interrupted again by “High Class” Rich Bass, who wanted to formally introduce “The Mind Eraser” Mike Graca into the High Class Cartel, not just the Underground Cartel.

– Josh Briggs won the NCW 2017 Ox Baker Qualifying Match, eliminating Todd Harris from the ring with an insane chokeslam out of the ring. 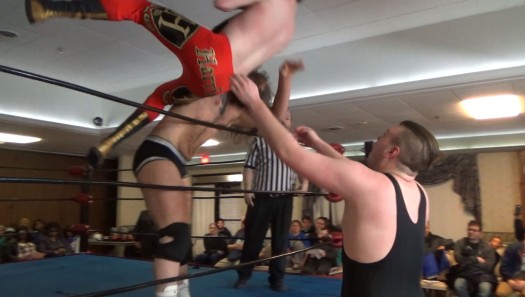 – “RIOT” Kellan Thomas defeated “The Selfie-Made Man” Vern Vicallo with a vicious cradle suplex after the 2016 Wrestler of the Year underestimated the former NCW Heavyweight Champion. 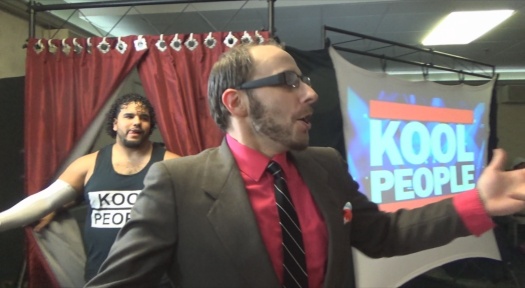 – NCW Heavyweight Champion The Lumberjake d. “Slamdance” Tim Lennox by disqualification after The Underground Anarchy continuously interfered in the match. With Ike and Tim Davidson holding Jake at bay, Lennox delivered a brutal curb stomp off the second rope laying the Champion out. The Turtles in Time then rushed through the curtain, running The Anarchy from ringside.

With Jake hurt in the ring, Beau Douglas and Rich Bass returned to ringside informing Redd Roche that Tim Lennox WASN’T there pick to challenge Lumberjake tonight, and that Lennox attacked Jake all his own. Their pick was the former NCW New England Champion and 2016 Big City Rumble winner “Sensational” Scott Levesque!

– “Sensational” Scott Levesque d. The Lumberjake to win the NCW Heavyweight Championship after Christian Casanova turned on Lumberjake, hitting Jake with his scissors kick and allowing Levesque to steal the pin fall. After referee Redd Roche was knocked out unconscious multiple members of the coalition attempted to interfere, with Mike Paiva running off Mike Graca and The Heavy Hitters thwarting The Kool People. Lumberjake had an answer for everyone until Casanova hit the scene to shock the Norwood Elks Lodge.

With Casanova gone and The Underground Cartel celebrating together in the ring, Rich Bass and Beau Douglas took their entire crew out of the building, stating that if Norwood ever wanted to see the NCW Champion again they would have to go to Dedham to see him. They then all left through the front door. 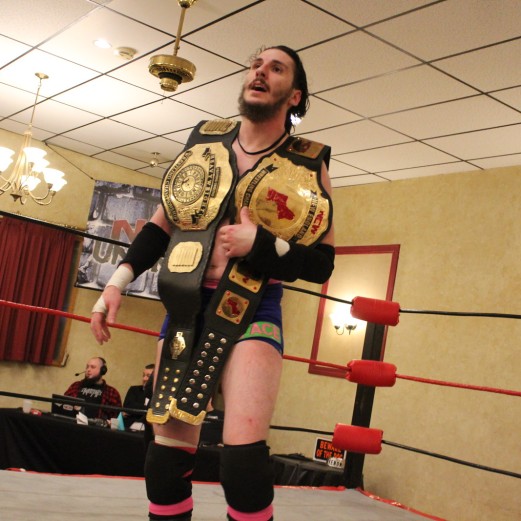