This Friday night Northeast Championship Wrestling continues celebrating 20 years of NCW when we return to the Norwood Lodge of Elks for NCW’s March Madness and continue the road to NCW’s 20 year REUNION.  What happens in Norwood could have massive repercussions for not only REUNION, but potentially the entire NCW 2017 Season. 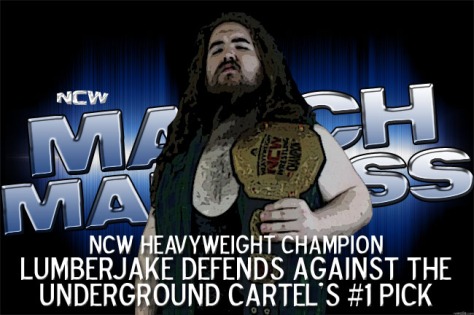 The NCW Heavyweight Champion will have his back against the wall March 10th when The Underground Cartel gets the opportunity to choose Lumberjake’s title challenger at NCW’s March Madness. “High Class” Rich Bass and Beau Douglas earned the right to choose the #1 contender after winning the Best of 3 Series last month at COLLISION COURSE, and are keeping unusually quiet about their pick to face Jake heading into the event, giving the champion no chance at preparing for this high-stakes title encounter. “Sensational” Scott Levesque seems like a strong candidate considering he nearly won the Championship at WrestleFest, but rumors persist that the New England Pro Wrestling Hall of Famer Beau Douglas himself might step up to take the match, while other rumors state that Rich Bass has called in some favors to past members of The High Class Cartel. 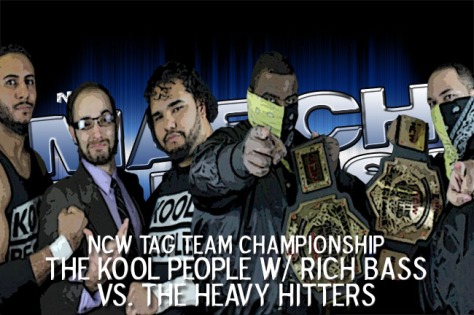 After defeating The Underground Anarchy and surviving an attack from The Maine State Posse at COLLISION COURSE, the NCW Tag Team Champions will be put to the test once again when they defend the NCW Tag Team Titles against the junior representatives of The High Class Cartel in DJ AC and Sammy Deleon— The Kool People! Both teams know each other very well, but do The Kool People finally have The Hitters number heading into March Madness?

When we return to the Norwood Elks Lodge March 10th three of NCW’s top competitors will step into the ring when Osirus, Triplelicious, and the returning “Dan Ram” Danny Ramirez compete in a Three Way Dance to determine the #1 Contender for Tim Lennox’s New England Championship. The former three-time New England Champion Osirus has a long history with Triplelicious dating back to Osirus’ debut in NCW in 2005 (and his return in 2010), while his on again/off again partnership with “The Dan Ram” has led to some classic battles over the last year over the New England strap. At March Madness those rivalries will be renewed as all three men look for an opportunity to challenge Tim Lennox for his New England Title at NCW’s 20 Year REUNION May 5th.

Since returning to NCW this past Fall the self-proclaimed “Ace” Mike Montero has been making it known that he wants to be at the top of the NCW mountain as a singles competitor. After (literally) stealing  a victory over “Old School Cool” Cory Michael at COLLISION COURSE after a fakeout injury, a low blow, and referee negligence Montero will step into the ring with the cagey veteran Mike Paiva March 10th in Norwood. Can Montero make an example out of “The Original Showoff”, or will the longest reigning New England Champion in NCW history show him a thing or two about breaking the rules? 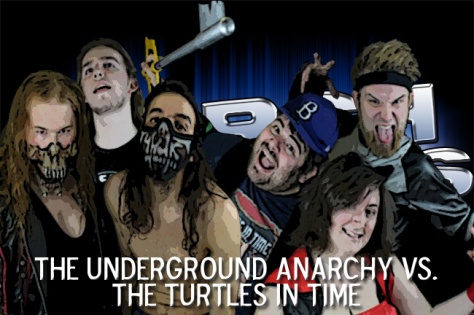 Despite coming up short against the NCW Tag Team Champions at COLLISION COURSE The Underground Anarchy (Ike the Bite & “Death Proof” Tim Davidson) continue to creepily lurk wherever they go, earning the chants of ‘creepy kids’ from the Norwood fans especially with Dallas McCarthy now following Tim Lennox and The Anarchy. At March Madness the creepy kids will be in tag team action when they take on the equally unorthodox Turtles in Time, as the Ox Baker Cup holder “Insane” Dick Lane and Steve “The Turtle” Weiner continue training for their eventual Tag Team Championship Match that Lane has been guaranteed.

Returning to NCW after a nine month absence, Christian Casanova returned at COLLISION COURSE to help NCW President Dean “The Beast” Livsley and Lumberjake in their war against The Underground Cartel. Casanova learned just how dangerous The Cartel was after getting screwed by “Sensational” Scott Levesque and Rich Bass last month, and this Friday night in Norwood Casanova will be back in the house to redeem himself, going one on one with “Foxy” Calvin Campbell. For the arrogant Campbell this match presents a huge opportunity for Anthony Greene’s former stylist, but can “Foxy” capitalize on a motivated Casanova?

After finally coming to blows at NCW WrestleFest, “The Selfie-Made Man” Vern Vicallo proved he was just as good as he claimed when he shockingly defeated the 2015 Wrestler of the Year “RIOT” Kellan Thomas clean in the middle of the ring. Attempting to give Vicallo a show of respect following the match, an overzealous Vicallo opted to kick Thomas right below the belt instead to show his gratitude. Winning the 2016 Wrestler of the Year Award was just icing on the cake for “The Selfie-Made Man”, and Vicallo skipped COLLISION COURSE  where he had originally been scheduled to compete against “RIOT” again to celebrate his victory at Disney World instead. At March Madness Vicallo will have nowhere to hide when the former NCW Heavyweight Champion gets him back into the ring one on one.

“The Fittest Man” in NCW had a rough night last month at COLLISION COURSE when he attempted to cash in on The Cartel bounty and defeat The Lumberjake. Wearing about eight layers of clothing and burning more calories than ever before Dan Terry had an epiphany, one he said changed his life and would change the life of every wrestler competing in the NCW locker room. March 10th Terry demanded a top caliber opponent, and President Livsley happily complied by signing a singles match between “The Fittest Man” and “The Native American” Tomahawk. If Terry didn’t like getting chopped by Lumberjake, going up against Tomahawk may be even worse.

NCW COLLISION COURSE saw the beginning of a new era for the Ox Baker Memorial Cup as five men (and “All Good” Anthony Greene) competed for points and a chance to challenge “Insane” Dick Lane for the Season Cup May 5th at REUNION. The dominant Robo walked away with 9 points in Norwood, ranking #1 on the ‘Road to REUNION’ for the Ox Baker Cup. With Robo out of the country traveling in India five more prospective hopefuls will battle it out at March Madness for a shot at a guaranteed title opportunity during the NCW Season. 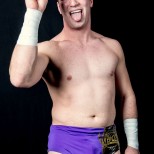 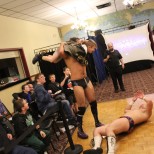