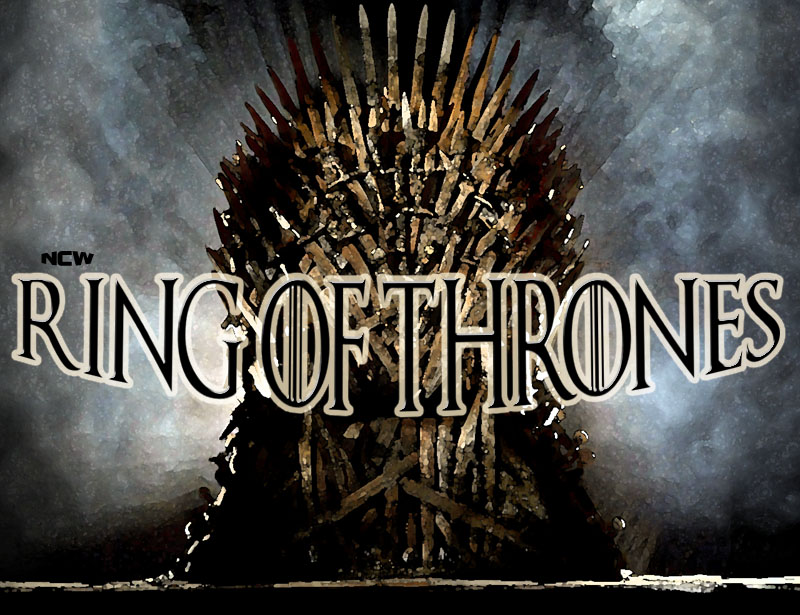 NORWOOD & DEDHAM– On Friday June 24th and Saturday June 25th Northeast Championship Wrestling’s 2016 Season will present two huge nights of professional wrestling with the NCW Ring of Thrones,  a huge single elimination and tag team elimination tournament that will take place over the course of the weekend, starting Friday night in Norwood, MA at the Lodge of Elks (152 Winslow Avenue) and ending Saturday night in Dedham, MA at the Jacob Jones VFW Post 2017 (84 Eastern Avenue). Both nights doors will open at 7pm with a 7:30pm scheduled start time. Tickets are currently available online at http://theNCW.com/tickets and will also be available at the door the night of the events only $10 for adults and $5 for all kids twelve and under.

Sponsored by the Council of Professional Wrestling, Arts, & Sciences the Ring of Thrones tournament will host the Quarterfinal Round Friday night in Norwood with the Semifinals and Finals taking place Saturday night in Dedham. To the victors go the spoils as the winners of each tournament will receive a $5000 cash prize and bragging rights toward the entire NCW roster. 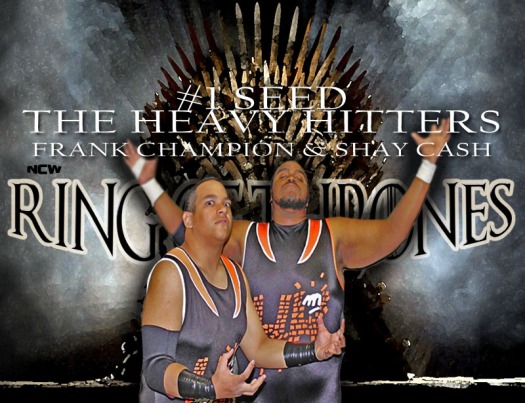 The Ring of Thrones tag team tournament will feature a variety of old and new teams competing for wrestling supremacy with The Heavy Hitters (Frank Champion & Shay Cash) leading the pack after becoming the #1 seed in the team brackets after winning the Tag Team Invitational Gauntlet at the 19 Year REUNION. Their opponents will be the reunited “Ruthless” Ruy Batello and Triplelicious, better known as Zero Tolerance, teaming for the first time since 2003 as both intense veterans seek to destroy the competition and prove their superiority over everyone in NCW. Tag Team Champions CrossFit (Dan Terry & Derek Andrews) will be on the opposite end of the brackets, still riding high after a successful title defense at REUNION against The Halftime Show. Other teams participating include The High Class Cartel (DJ AC & Sammy Deléon), The Aristocrats (“The Native American” Tomahawk & Zachary Pierre Beaulieu), Turtles in Time, and the one night reunion of the former NCW Tag Team Champions Destruction Under Impact (William Thorne & “RIOT” Kellan Thomas) when they go up against The Maine State Posse (Aggro & Danger).

Be sure to watch NCW Television (@NCWTelevision) every week on NPA-TV, check your local listings. For more information on Northeast Championship Wrestling please visit us online at http://theNCW.com, like us on Facebook at http://www.facebook.com/NCWwrestling, and follow us on Twitter @theNCWtweets.

Card subject to change. Not all talents will be appearing both nights.