With the Final Countdown to WrestleFest VIII taking place TONIGHT in Foxboro, MA at the Knights of Columbus Hall, NCW Commissioner Dean “The Beast” Livsley has thrown the card into a tailspin after announcing that he’s barred Heavyweight Champion Buddy Romano and #1 Contender “The Juice” JT Dunn from laying a hand on one another leading up to their anticipated championship encounter November 30th in Norwood.

Keeping this development in mind, Livsley has taken Dunn out of the Final Countdown Match in Foxboro and replaced him with “RIOT” Kellan Thomas as the new team captain against Zero Tolerance in the war games match up. Thomas joins Eddie Loomis, Rob the Giant, and “The Insider” Kevin Perry as they square off against NCW Heavyweight Champion Buddy Romano, David Marxxx-Loomis, NCW New England Champion “The Original Showoff” Mike Paiva, & newcomer and hired gun Abel James.

While “The Juice” watches this match closely as he scouts the NCW Champion for WrestleFest he will have to deal with his own issues as the recently suspended Jack Krueger returns from his 30 day suspension after attacking Anthony Greene with a steel chair following NCW FALLOUT to challenge Greene’s mentor to a one on one match in Foxboro.

All the action goes down tonight at the Knights of Columbus Hall located at 14 Church Street in Foxboro, MA. For details and directions please visit our Upcoming Events page or like us on Facebook at www.facebook.com/NCWwrestling. 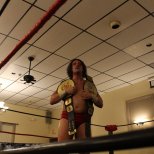 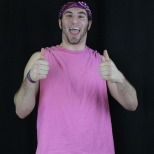 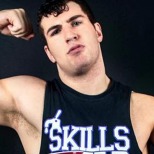 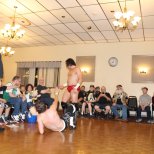